Are the wheels falling off the Progressive bus? Citizen Voice Newsletter 9/9/21

This week we gleefully ponder the question, “Are the wheels falling off the Progressive bus?”

Jim Bratten starts off with “If it Looks Like Treason” and imagines what would have happened with the United States if Thomas Jefferson had managed the pirate Barbary Wars like Biden handled the Afghanistan disaster. Michael Lewinski follows in the same vein with “Progressives Are Never Held Accountable.”

Are Americans finally waking up to Biden’s consistent incompetence? Jack Gleason asks “Will Americans Wake Up Before the Ship of State Sinks to the Bottom of the Sea?” and wonders “if the average brain-washed American was a passenger on the Titanic, he would be neck deep in icy cold water by now.  His wife and kids, along with all their luggage, are floating around him and he’s trying to figure out what’s wrong…”

Progressives’ desperation also shows up with their reactions to conservative successes. In “Redefining “violence” enforces suppression,” A. Dru Kristenev discusses how our Attorney General, Merrick Garland is struggling to find a way to fight back against the new ant-abortion “Heartbeat law” in Texas, and DefCon News points out how the Newsom campaign is trying to scramble to save his bacon in the California recall, by bringing in Progressive big guns, AOC and Obama – who claim that Republicans will kill children if Larry Elder takes over the governorship.

We can hope that, like a house of cards, these conservative victories may bring down the entire Progressive agenda. If you’re in California, bring ten friends to the polls on September 14th! 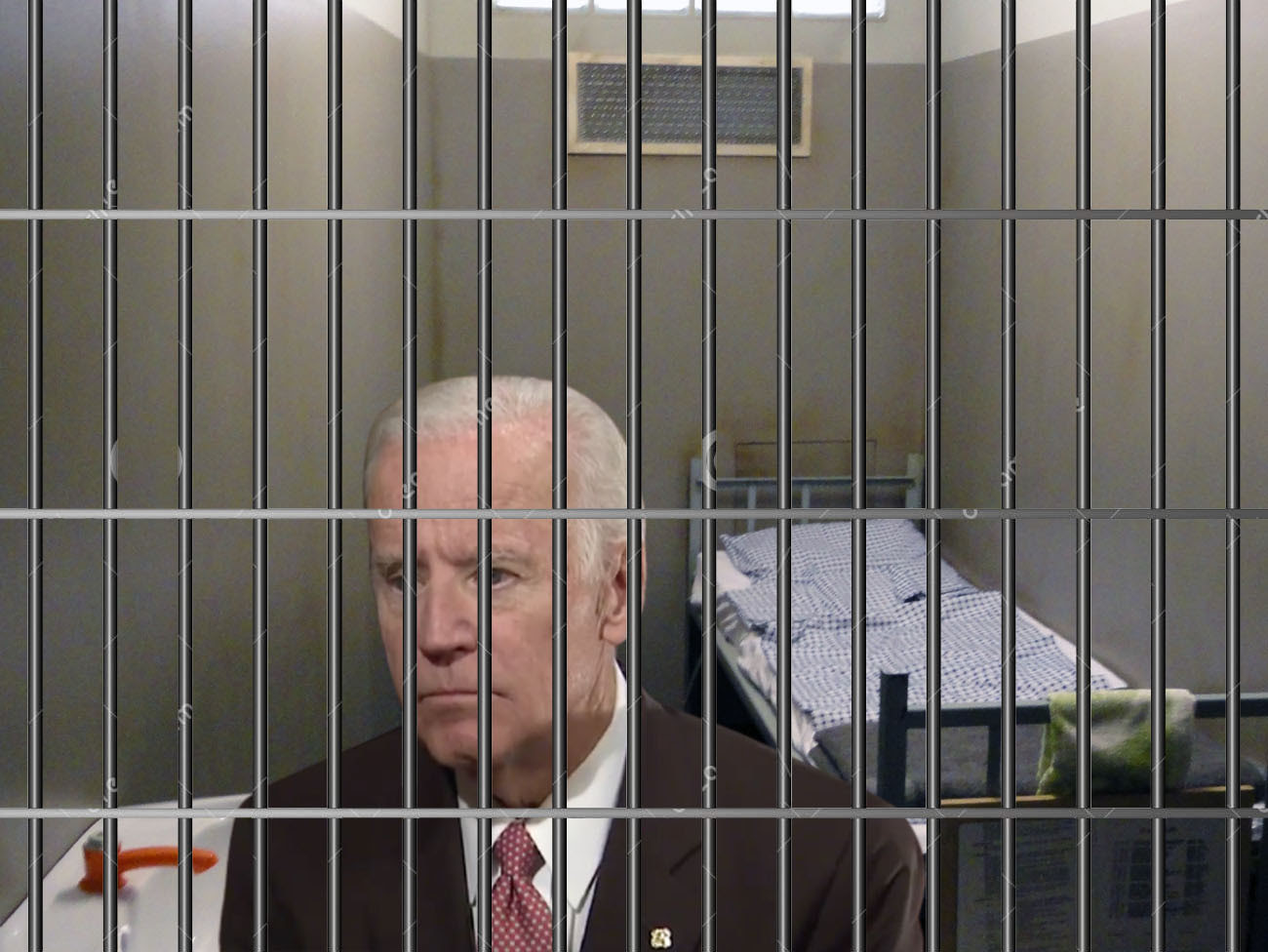 On February 16, 1804 Lt. Stephen Decatur, in command of the ketch USS Intrepid, gathered volunteers from the frigate USS Constitution and the schooner USS Enterprise and slipped into the shallow harbor at Tripoli (in Libya today) to torch the captured frigate USS Philadelphia. The conflict was called the Barbary Wars; America’s first clash with Muslim pirates. Under the leadership of President Thomas Jefferson, the U.S. was successful. The Bashaw of Tripoli ceased his aggression; attacks on American shipping and kidnapping of American crews stopped.

What if President Jefferson had ignored intelligence, second-guessed his naval leadership, decided to surrender the grounded, heavily-armed Philadelphia to the Muslim overlord to refloat, then tossed in several other warships and all their stores and armaments? An enemy of the United States would have been immensely strengthened and given carte blanche to attack more shipping in the Mediterranean Sea, with the resulting enslavement of hundreds, if not thousands, of American seamen…

END_OF_DOCUMENT_TOKEN_TO_BE_REPLACED

The military leaders at Kabul Airbase let their troops down big time. They knew a suicide bomber was on his way, and they had plenty of time to react according to a whistleblower. They even identified the guy and knew what type of explosives he was packing.

Who will be held accountable? No one! Progressives are never punished for their mistakes, even when Americans die because of negligence. They aren’t being held accountable for their open borders policies and the citizens who will die because of COVID-19 infections illegal aliens are carrying – or the deaths resulting from drugs coming from Mexico.

The Progressive, Democratic Socialist/Communist party is not being held accountable for…

END_OF_DOCUMENT_TOKEN_TO_BE_REPLACED

Will Americans Wake Up Before the Ship of State Sinks to the Bottom of the Sea?

If the average brain-washed American was a passenger on the Titanic, he would be neck deep in icy cold water by now.  His wife and kids, along with all their luggage, are floating around him and he’s trying to figure out what’s wrong.

“The First Mate says everything is fine, and to just stay in our cabin,” he tells his children, “this is a small leak that will be repaired shortly.” “But I saw the him jump into a life boat an hour ago,” his wife gurgles. “I’m sure he’s just going for some extra help.” “I saw the ship hit a huge iceberg,” says his son, clinging to a suitcase.

“The purser said it was just a minor scrape.” “Daddy, the water is cold.  I’m afraid,” says his daughter, holding the other side of the suitcase and her favorite dolly…

END_OF_DOCUMENT_TOKEN_TO_BE_REPLACED

Attorney General Merrick Garland says no violence will be tolerated against those seeking an abortion in Texas, implying that implementing the new law that saves the life of unborn children with a heartbeat is an act of “violence.” What clearer signal could there be of abortion’s immorality than satanists coming to the aid of the industry by suing to retain access to what they refer to as a religious ceremony? Human sacrifice, a violent act to which the Satanic Temple’s litigation admits, has never been legal.

Peaceful attendees of the January 6, 2021 rally in Washington D.C. are still languishing in jail denied access to legal representation, health care or fresh air for participating in a “violent insurrection.” Of hundreds charged with breaching Capitol grounds (of which video records law enforcement inviting hundreds past barricades), none were armed or committed assault. Dozens are political prisoners suffering solitary confinement yet have not been charged with any violent crimes. Whereas no perpetrators of armed assaults in cities such as Portland, Seattle and Minneapolis during riots over the last year, incurring millions in damages, have been detained or charged for verified violent crimes…

END_OF_DOCUMENT_TOKEN_TO_BE_REPLACED

California’s smirking governor, Gavin Newsom, faces a recall election next week. His internal polling shows he will survive and he’s taken steps to fix the results but he still seems like he’s worried. In steps that reek of desperation, Newsom has rolled out progressive “superstars” to help save his ass including Alexandria Ocasio-Cortez in an “Abolish ICE” hat and Barack Obama saying that Republicans will kill children.

Illegitimate vp Kamala Harris was in California on Wednesday, not fixing the border crisis, vaccine hesitancy, voting rights, or any of the many things Joe Biden has put her in charge of. She was campaigning to save Newsom but it wasn’t much of a rally seeing as it was in the super-liberal Bay Area and hardly anyone showed up. Also, and this is hilarious, there were Afghan protesters heckling her…

Tune in to Citizen Voice on Mondays by accessing this link: https://wcntv.net

From Bannon’s War Room: Biden Bringing Big Covid Speech Tonight of The Pandemic of The Unvaccinated – 9/9/21

From FOX News: Tom Cotton demands Anthony Fauci be prosecuted for his lies – 9/7/21

In this episode, Dinesh shows how the Biden administration’s Afghan disaster is creating a new   Axis of Evil–Russia, China and Iran–working to displace America as the world’s superpower.  Dinesh reviews the life of a North Korean defector who found, in America, a woke culture more tyrannical than the one she fled.

From WND: Biden: ‘Next Republican who tells me I’m not religious, I’ll shove my rosary beads down their throat’ – 9/9/21

From Reuters: Flight with civilians onboard leaves Kabul, first since chaotic evacuation – 9/9/21

What affects one, can affect all!

From The Gateway Pundit: Protesters Heckle Kamala Harris as She Campaigns For Gavin Newsom in California (VIDEO) – 9/8/21

From California Political Review: Newsom is Right – There’s Much His Replacement Can Do If He’s Recalled – 9/6/21

From The Epoch Times: From The Gateway Pundit: Louisiana Town ‘Uninhabitable’ After Hurricane Ida: Parish Leader