On Tuesday, I referenced the Socialists in Seattle in the Capitol Hill Autonomous Zone (CHAZ), or the more “politically correct MSM terminology: the Capitol Hill Occupied Protest (CHOP). We offered a link to a New York Times article about the multiple shootings and the tragedy that two young people had been shot and killed in the Socialist-Anarhchist zone. In that edition I asked: the “better question is whether the Mayor of Seattle or the Governor of the state has condemned such killing” up to that point. It seemed at the end of June that the responsible representatives of the taxpayers of Seattle had not even bothered with the concept of reclaiming the territory the people of Seattle lost to evil.

Today there is breaking news that the police have reclaimed the area and have made 44 arrests as of this writing. We link to a Seattle Times article on the recent actions by the city. Impressive, to a certain degree; yet, it was politically anemic: too little too late. The good people of Seattle should now realize that the Democrat Mayor was likely reluctant to act on behalf of taxpayers, those who actually pay her salary, and seemed to be quite okay with the “festivities” going on in the area formerly know as CHAZ – a genuine anarchist zone. It is duly noted that Seattle Mayor Jenny Durkan finally issued an executive order at 9:28 p.m. on Tuesday that declared that the anarchist zone was an area of unlawful assembly, and finally authorized the police to function.

As the citizens of the United States prepare for the upcoming Independence Day celebrations across the nation, there may be many who are tempted to have compassion upon the “protest zone,” which is understandable. However, anarchy is the opposite of what the Founders shed their blood to create when they established the United States of America. A Marxist Utopia is the opposite of what the Founders sacrificed their lives to build upon this land. During this time leading up to and including the Independence Day holiday, Americans would do well to reflect on the deeper values of this nation and the deeper value of this nation in the community of the nations of the world.

My article today delves into the major battles that have been fought since the initial war that  was fought to establish an independent nation which honored God-given rights of all people.

We offer an article from writer Michael Lewinski from one he wrote at the beginning of May.  This was before the George Floyd instigated rioting in the streets. He offers some insights and practical considerations about the war we are embroiled in – the one on the streets of America. Lewinski is usually brief, but he has a lot to say in a “handful” of words.

Karen Cacy offers a perspective on Leo Terrell, Los Angeles civil rights attorney, who is among Black leaders who have walked away from the Democrat Party. Cacy delves into Terrell’s story who was “a virulent liberal advocate… Terrell today says he has stopped drinking the “Democrat Kool-Aid.” It is a good read as usual from Karen Cacy.

CSN Executive Editor, Don Rosenberg provides another article today that examines the use of COVID-19 masks. Rosenberg gives a fairly in-depth explanation (for a single article) of “Why Masks Don’t Work.” We also share another article dealing with masks from writer Craig Huey that details his personal experience in “Flying, Traveling and Living…Without My Mask…”

Under Video Views we make a special recommendation to view a key video dealing with what is going on in America from the perspective of a KGB defector from the Soviet Union. The interview is one that has been out there for some time, but is extremely relevant as we may have arrived at the point where the Soviets intended to push us all those years ago. In July of 2016, I posted an article entitled: “Reflecting on three battles sparked by the Declaration of Independence.” It was in the heat of the 2016 presidential campaign, and Americans had just celebrated their fun Fourth of July festivities. In that year, it seemed important that citizens realize the coming battle that is currently unfolding since that time, and rapidly accelerating since the outcome of that pivotal election. That year, as in this year, many potential voters recognized that it was a critical, pivotal election. It was in 2016, and it is in 2020.

Since Independence Day of 2016, many citizens have begun to realize that we are in a battle for America’s soul—it is most definitely not just another election year. It is definite that America’s future in the 21st century will be decided in this election, or the one after, but these three national elections represent a pivot point for America. In this light, concerns gravitate toward the nation’s future. But, despite what anarchists and Marxists want to dismiss about the past (perhaps all of it) the future of America needs to be envisioned in light of the past—specifically the words embedded in the Declaration of Independence. 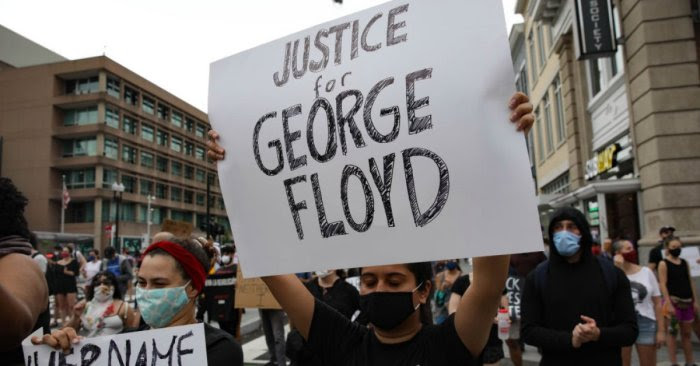 We have on our hands a Communist revolution, as if a pandemic wasn’t enough. In big cities throughout America, riots, anarchy, chaos, arson,  thieving, bedlam, and lawlessness. This is the result of the tragic death of George Floyd at the hands of a Minneapolis police officer. This resulted in mass demonstrations night after night.

This series of events enabled Antifa and other communist organizations to institute the actions that result in what is described as riots. What a shame that the efforts of good people to demand justice to overcome a wrong has to be smeared by the efforts of the Progressive groups the are involved in these riots. Their aim is to overturn the political, economic, social, and cultural order. 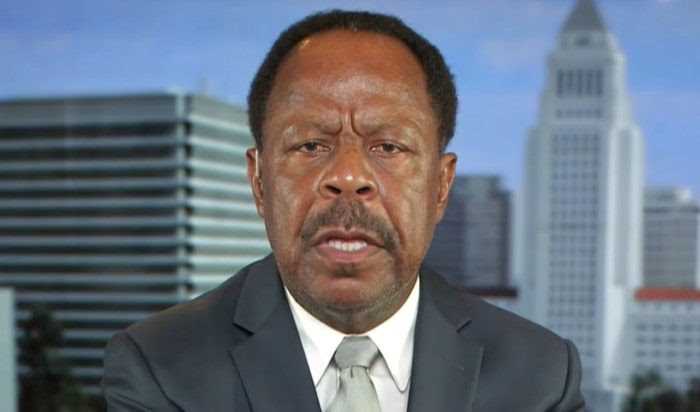 Is Leo Terrell Our Election Canary in the Mine Shaft?

Los Angeles civil rights attorney, Leo Terrell, is among those black leaders who have turned away from the democrat party.  Formerly a virulent liberal advocate, Terrell today says he has stopped drinking the “Democrat Kool-Aid.”

Most recently appearing on the Sean Hannity Show, he took offense at Joe Biden’s remark that black voters who do not vote for him are not actually black.  “That statement by Joe Biden is so offensive and then you get Spike Lee out there and say, ‘It’s okay.’ That’s offensive. If any Republican said the same thing they would be in trouble, big trouble,” Terrell said. “Not wearing a mask is disrespectful!”

“You’re killing people if you don’t wear a mask!”

So what’s going on here? Why is there such an emphasis wearing masks?

Let’s go over the menu – N95 masks, surgical masks, and filter/cloth masks. These masks are different because they are used in different situations. Flying, Traveling and Living…Without My Mask: 5 Things I’ve Discovered in Free States vs. Socialist States in Wearing or Not Wearing a Mask

The biggest propaganda war by the government medical establishment, bureaucrats, and politicians today is to wear a mask. Increasingly, you are becoming a political outcast and anti-social if you do not wear a mask.Those who challenge this assumption find themselves banned by Facebook, YouTube, and other social media outlets.

The intensity of wearing a mask is so great I’d like to share with you 6 things I’ve discovered as I’ve traveled from free states to socialist states and have been in a variety of situations not wearing a mask. The Reason for the Sudden Decline in Law and Order

Protest, riots, looting, destruction of our history, socialist radicals taking over an entire political party. How did this happen so quickly?

Actually, these are the results of plans put in place over forty years ago.

Then KGB defector Yuri Bezmenov details the Soviet long term plan to destroy their enemies in a 1984 interview. First comes “ideological subversion” or “psychological warfare” to change the perception of reality in the target country to such an extent that no one is able to come to sensible conclusions, despite extensive evidence. This brainwashing process goes slowly and has four stages.

From the Hoover Institution – Uncommon Knowledge: An Economist Looks at 90 – Tom Sowell on Charter Schools and Their Enemies – 7/1/20

The Citizen Sentinels Network provides this newsletter for those who are able to consume and digest the truth and honest commentaries from our citizen-journalists. We offer three news editions, and we are also offer a Sunday edition with a focus on more spiritual messages.