7/30/19 – Several issues throughout the United States will have implications for the upcoming 2020 election year. Unfortunately, some of what passes for news coverage of specific issues is not balanced coverage at all. It is not journalism; it is biased opinionated narrative designed to manipulate the minds of the general public. And, the mainstream media is either the mouthpiece of the “Democratic” Party, or the Party is the mouthpiece of the criminal political cabal behind the scenes within the political arena.

The Citizen Sentinels Network newsletter is not an attempt at providing a comprehensive effort at covering all the news within the political arena, but it provides a foundation for a network of writers to provide common-sense perspectives on many of the divisive and raging issues of the day. “We the People” need a foundation for rational thought, not just to think about the events that transpire throughout the nation, but to provide a catalyst for action. Right thinking produces right action. That used to be called wisdom. It is becoming a rare treasure in our nation.

This week we offer articles from a number of our writers who focus on the absence of truth and the absence of wisdom in action that pervades America.

Pastor Earl Wallce‘s article focuses upon the fundamental truths that were embraced by the Founders. He believes it will take a Reformation to return America to those Foundational values. Michael Lewinski tackles the Socialist ideas that challenge those genuine fundamental ideals, which have not been lost. They do still exist.

Bonnie Parsley targets the “Group Think” mentality promulgated by the “Progressives” who want to establish a system of collective control over “We the People.” And Executive editor, Don Rosenberg, provides a deeper insight into the science of Group Think and mass delusions in an attempt to suggest ways to reach out to moderates and liberals.

Virginia writer, Kathleen Hall, shares with readers her letter to the editor to the Roanoke Times. She also challenges the mental manipulation manifested through her local media outlet. “We the People” all need to consider that we all need to voice our thoughts as they are an affirmation that we still hold those truths to be self-evident.

Our Video Views feature video this week offers a video of the speech David Horowitz gave at the recent Western Conservative Summit. He provides an excellent perspective of the current battle over the ideals raging in America today. It is well worth the viewing.

Also, from recent events, we offer these additional links dealing with pertinent perspectives:

As the founder of Citizen Sentinels, I again submit that agreement on fundamental points and accurate identification of the common threats and cooperation and unity among Christians, conservatives, and patriots is essential for that victory in 2020.

Please remember that CSN news truly hopes readers will continue to offer feedback, and if you want to become more involved in our efforts, either as writer-contributors, researchers, or as online newsletter distributors, or as activists, please be brave and provide that feedback! By Their Political Fruits, We Shall Know Them

Though America’s institutions were founded upon how the Bible applies to civics, as explained in the Declaration of Independence and Samuel Adams’ “American Independence” speech,  today’s Democratic and Republican parties are run by people who fail to appreciate and actively seek to undermine the Biblical values upon which America’s founders constructed our beloved USA.

The Declaration of Independence is a Christian Doctrinal Statement

America’s founders said, “Our system of government was designed only for a religious people,” which was their term for what Jesus defined as a “born again” Christian people who believe He is the son of God, died a substitutionary death for our sins, was bodily resurrected, and is seated at the right hand of God.

Such disciples of Christ live under the moral conviction of the Holy Spirit. They express the inalienable rights referenced in the Declaration of Independence, which should be understood as a Christian doctrinal statement of how the Bible applies to public life. 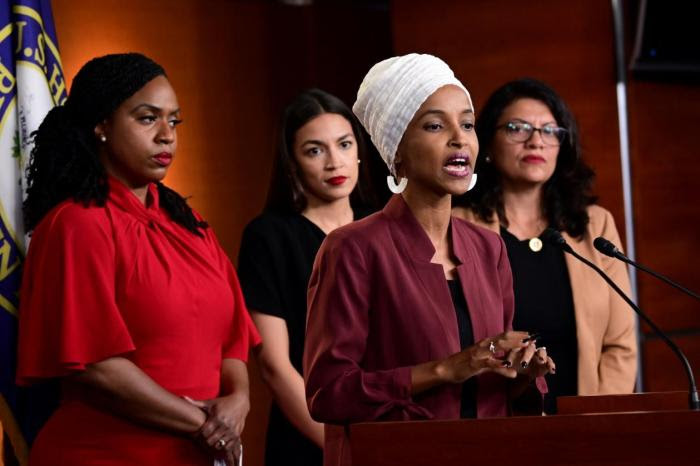 Are These Your Values?

I come to bury Alexandria Ocasio-Cortez (AOC), not to praise her! This dangerous Socialist is toxic. She is an enemy of the people who disparage our country, and who hates America as it is presently constituted. AOC compared the Border Patrol to Nazis running concentration camps. Concentration camps are run in Socialist and Communist countries.

She stands in sharp contrast to Conservative and moderate representatives. People like President Trump and Senators Mike Braun, Mike Lee and Ted Cruz, and Representatives like Jim Jordan and Jim Banks and so many others spread throughout the United States.

As the leader of the so-called ‘”Squad,” she is supported by hard-core Progressive Socialists and many young people who are ignorant of what Socialism is. Many think it is a happy version of the safety net. It is not! 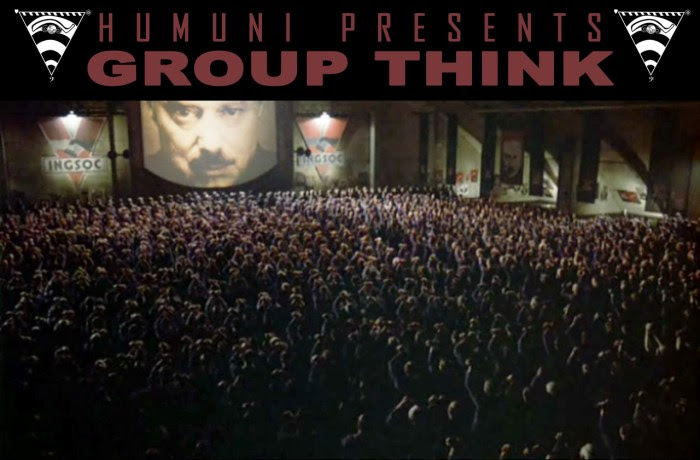 You are not an individual, say Democrats. You are only important as part of a group. As a member of a group, you must think and act as the leaders of the group demand. This is not an American idea. It is a totalitarian idea that aims to control you.

When Democrats accomplish dividing people into groups, individuals lose their personal identity.  They actually trade their self-identity for that of the group. This gives them a feeling of security. From there it is easy to develop an attitude of superiority. Once they feel that their group is superior to others, they will do or say anything that will harm others who are not part of their group. Societal chaos will result.

Democrats believe that once they manipulate people to identify with a group, they will be able to bring all these groups together under the banner of liberalism and tolerance. Their tolerance, however, only extends to “right-thinking” people who succumb to their dictates. In this way, they will eradicate individualism and make everyone equal. Once total equality is achieved, they believe their dream of Utopia will come true. Heaven on earth will result. 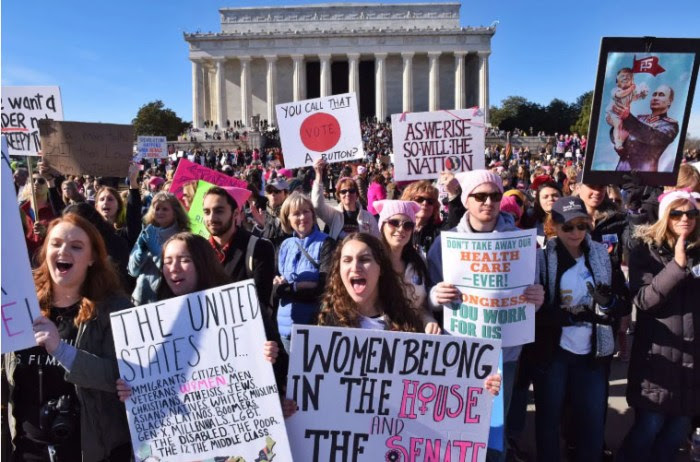 Understanding Liberals – A Discussion of Tribalism, Mass Delusion, and GroupThink

As I meet with people across our country, I see such polarization that I am concerned with the future of America. Is this division normal or is there something else going on? In other articles I’ve discussed the myriad groups that benefit from internal division in the United States – including foreign governments, drug cartels, the media, and even political parties themselves.

One can easily understand why a weak United States would benefit foreign governments and drug cartels – they want to pursue their goals of expansion and drug dealing without opposition. And the media and political parties know that no one will watch their TV news channel or make donations to their candidates if they talk about how the other side is comprised of “nice people we can get along with.” No, to get viewership or donations every situation must be a crisis.

When I talk with a liberal I am surprised how strong his beliefs are compared to his understanding of the facts. How is it possible to believe the wholesale lies of the Left in the face of the hard facts that disprove them?

No Room for Truth in our Unfree Press

Editor’s Note: This letter was submitted to the Roanoke Times in response to an editorial that ran in the paper.

Regarding your July 16 editorial,  “No Time For Silence,” it took you a whole half-page to lecture us on our immigration history, after citing President Trump as a racist for his rant against our new congresswomen, without one hint of anything these Congresswomen have said. You chose not to inform your readers of the vile, hateful comments about our country and the ongoing anti-Semitic campaign they participate in. Surely it is their color that prompted the President.

If you only knew how absurd you sound. Those who want to overturn an election and have nothing to offer the American people in the way of real solutions have worn out their “racist” label tactic. It no longer means anything and is an insult to those who have suffered real racism. You talk of identity politics, while the premise of your sad editorial depends solely on just this. It’s shamefully dishonest and insulting to your readers, most of whom are not fools. Ironically, the one who cares about and is really helping so many people of color is our President. You bet it is no time to be silent. 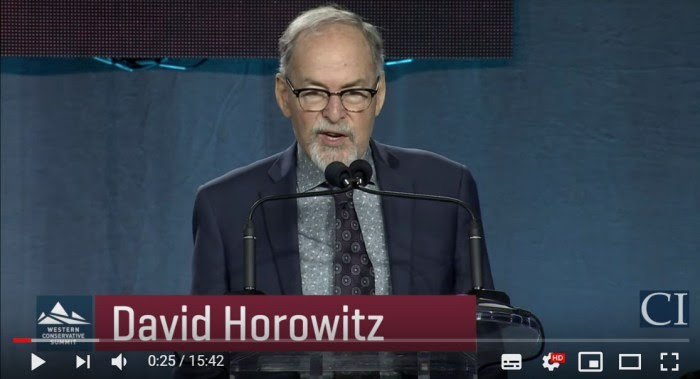 An excellent perspective of the current battle over the ideals raging in America today.

Please share the articles of the writers whose perspectives you appreciate with those whom you trust and care about. Tell us about your most important issues. Or volunteer to support our efforts to bring honest and common sense to busy Christians and conservatives as writing staff or on our Social Media Team.