The Citizen Sentinels Network has maintained a project, originally deemed the David Project, since 2018. Especially, for those readers of faith, the Messages of Light originated as a genuine inspiration from Heavenly Father. It was initiated to bring Light into the dark in this time. At this time in the world, there is clear and present danger that requires the faithful to hold boldly and securely onto the foundations that are rooted in faith.

Woe to you, scribes and Pharisees, you hypocrites! You pay tithes of mint, dill, and cumin. But you have disregarded the weightier matters of the law: justice, mercy, and faithfulness. You should have practiced the latter, without neglecting the former. You blind guides! You strain out a gnat but swallow a camel.

Woe to you, scribes and Pharisees, you hypocrites! You build tombs for the prophets and decorate the monuments of the righteous. And you say, ‘If we had lived in the days of our fathers, we would not have been partners with them in shedding the blood of the prophets.’ So you testify against yourselves that you are the sons of those who murdered the prophets. Fill up, then, the measure of the sin of your fathers. You snakes! You brood of vipers! How will you escape the sentence of hell?”  Matthew 23:16-33

Last week, I took the entire Sunday edition to express my honest sentiments about the concept of voting for Trump or against Trump, specifically, John Piper’s “long-overdue” blog of his opinion on the implications of the 2020 election. My own “long-overdue” view of Christian leaders who assume the “holier than thou” attitude when it comes to dealing with the secular world was quite long, but I had even more to say. I stopped to spare the readers. Truly, more can be said to deal with such Christians, but this week, we are offering an excellent and highly informative presentation by another theologian Dr. Wayne Grudem addressing his friend’s (John Piper) perceptions of the 2020 election. It is definitely worth the time spent watching it, as it is a very, very powerful rebuttal to the concept of Trump vs. No Trump. 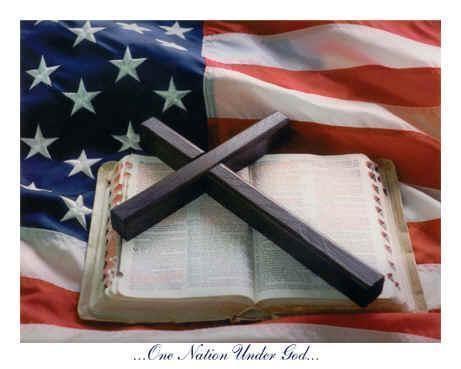 Although the video of Dr. Wayne Grudem is the key message in this edition, we are also reposting an excellent article from A. Dru Kristenev that was posted earlier in October in the Citizen Sentinels Network, which exposes the evil of the Left in “Invoking the seven tell-tale signs to separate political parties.” If readers did not have the opportunity to read the article when we first posted it, please check it out. Our Executive Editor, Don Rosenberg, touted her article as illustrating “the evil of the Left in the clearest manner I’ve ever seen… If you hold the word of God sacred, or if you advocate decency and moral behavior of any kind, your choice in November is crystal clear, and those under the spell of the Left and the Leftist Media need to wake up to the evil and the deceit.”

So, this Sunday’s main message is from Dr. Wayne Grudem, and it is in video form, which we offer the link to that video here initially. The second message from A. Dru Kristenev will follow, and then we also offer three additional videos.

We also offer four additional videos today. One is a version of Sean Feucht’s “Gather

to Worship” in Washington, D.C. which had been building throughout the year to this one event that took place in October.

The first video is an “Election Sermon” from Pastor Gary Hamrick who delivers a sermon to challenge the church in America to “wake up!”

The third additional video is a presentation from Jonathan Kahn that is his “Warning for Election Day & Call For Day of Prayer & Fasting.”

The final video is From MyFaithVotes, and offers the complete “Lift Up America” online event  presented 10/15/20. We hope all these videos help in this critical time of American history.

These words are being freely offered and are being sent to you as part of the “David Project.” Please receive this message as a gift from those who care. They are only words that are being offered, freely, but some contain a deep message of faith, or a deeper expression of heart that readers can hopefully receive into their hearts. As it was written: “Where there is no vision,  the people perish: but he that keepeth the law, happy is he.”    Proverbs 29:18 – KJV

May we humble ourselves, seek His face, seek His wisdom, seek His forgiveness and His redeeming love, and turn from our wicked ways – even if it may mean one’s failure to cling to Heavenly Father’s everlasting truth, and to put truth to practice – in our everyday lives. Determining to do good is a nice idea, but doing good is what Jesus challenged us to do everyday of our lives!

“Answering A Friend’s Objections To Voting For Trump” – 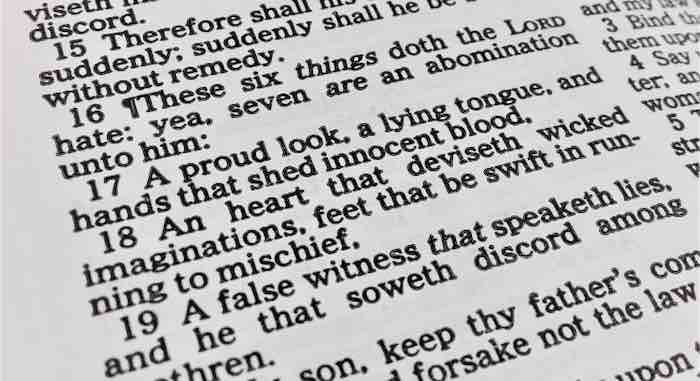 “These six things doth the Lord hate: yea, seven are an abomination unto him: a proud look, a lying tongue, and hands that shed innocent blood, a heart that deviseth wicked imaginations, feet that be swift in running to mischief, a false witness that speaketh lies, and he that soweth discord among brethren.”        Proverbs 6:16-19

By A. Dru Kristenev –

Politics was always meant to be evaluated by moral standards, though it’s been discouraged in the current climate besetting this election cycle. Except for the left, that is, which paints conservatives in its own likeness, expecting republicans to behave civilly during the process of excoriation according to a skewed concept of morality.

This column is intended to defy republican history of attempting to play by rules of courtesy that democrats and their lackeys insolently ignore.

There are seven moral deficiencies for which the Lord has declared His hate. Each one will be evaluated according to the actions of the two major parties in order to see where believers should stand when casting their ballot in less than a month’s time.

yea, seven are an abomination unto him:

and hands that shed innocent blood,

18 an heart that deviseth wicked imaginations,

feet that be swift in running to mischief,

19 a false witness that speaketh lies,

and he that soweth discord among brethren.

Beginning with pride, the left is quick to throw darts at President Donald Trump accusing him of haughtiness and arrogance. The president may utilize the first person fairly often when he lists the unmatched accomplishments of his administration, but he freely uses the plural “we” so often that constituents easily recognize he’s a team captain, not an oligarch.

In contrast are the democrats and their followers who have the audacity to disparage the benefits the nation has reaped from this administration’s efforts that have taken the economy to historic heights. Because Trump has achieved record-breaking success in numerous aspects of governing that democrats deemed impossible, hampering their grandiose plans to expand Washington, D.C. authority, they boast that they could have done a better job.

Yet in 60 years of driving Capitol politics, they managed to enact the opposite of their promises, burdening the American people with debilitating regulations and taxes. Numerous policies democrats instituted that restricted free enterprise were reversed in less than four years by Donald Trump: raising employment and business ownership levels among minorities; dialing back economy-busting regulations; making the nation energy independent and the largest exporter of energy; removing healthcare obstacles created by Obamacare; lowering taxes for the majority of citizens; negotiating trade deals; finalizing peace accords in the Middle East that no other president managed to do; and more.

Democrats, in promoting themselves as achievers without actually achieving any of their espoused goals continue to make false claims about President Trump. In their pride they have lied about Russian collusion (when it’s been proven they’re guilty themselves) and Trump’s Covid response, which was everything their current candidate claims was wrong but then takes credit for being able to do what’s already been done. They spread lies about their intentions regarding healthcare, saying universal plans are the only way forward and then denying they would do away with private insurance plans, all of which is clearly stated in their party platform. These are only a few examples of the outright contradictions between what the Biden-Harris campaign states and what appears in their written platform which covers doing away with fossil fuels (denied), raising taxes on middle and working classes (denied), and even suburban zoning that would restrict single-family dwellings (denied).

The democrat party promotes the shedding of innocent blood by requiring abortions be funded by government and made available to minors without parental consent. It also calls for prisons to be opened, loosing hardened criminals, human traffickers and murderers onto the streets to inflict violence upon the public. The republican platform supports the opposite of these stances by condemning taking the lives of the unborn and babies that survived the abortion process. Standing strong for law enforcement, civil order and protecting innocent lives, President Trump has tracked down and arrested more human traffickers than any chief executive in this nation’s history.

Democrats “devise wicked imaginations” of ‘systemic Racism,’ indoctrinating younger generations through public education with rewritten history that instills hatred for their own nation and going further, themselves. Scripture also says that a house divided cannot stand (Mark 3:25). How far does this go when an individual is standing against himself?

The republican platform recommends reconstructing public education. The President has already signed an executive order to re-institute the teaching of America’s true history, not the concocted and false “1619 Project” where the author has been proven completely incorrect and history scholars have called for rescinding her Pulitzer Prize.

These concepts of racism and class warfare galvanize the foot soldiers of the democrat party – Black Lives Matter, Antifa and other radical Marxist organizations – to be “swift in running to mischief,” though that’s practically soft-peddling the destruction, looting, arson and death left in their wake. Despite leftist attempts to blame white supremacists for the bloody riots, none of it rings true… unless the Marxist white supremacists goading and funding BLM and Antifa are given full credit where it’s due.

The mission of the democrat party and media underlings is to invent narratives, supplying false witness against law enforcement regarding Michael Brown (Ferguson, MO), Jacob Blake, (Kenosha, WI), etc. and defaming individuals like the McCloskeys (St. Louis, MO) and Kyle Rittenhouse (Kenosha, WI). Media coverage of Covid-19 has been rife with consistently composed fiction about inflated mortality rates and includes overblown reports of President Trump’s successfully defeating the virus in a matter of days, attempting to color his infection as dire. It wasn’t.

All the previous acts are designed to “sow discord” among Americans in a concerted attempt to wrest power from the people that servants in government are expected to respect. Democrats and their allies are single-minded in working to deter this nation of growing its wealth, health and the People’s overall well being. Consolidating power is their goal and bringing it to pass by misdirection is their subterfuge

No political agenda is without flaws but the intentional deceit as described in Proverbs 6 and purposefully enshrined in one party’s platform should be enough evidence to make a scripture-directed decision in the voting booth – the best place to cast your ballot.

Video Views – Watch them by clicking the links below!!!