The Citizen Sentinels Network has a new format for Tuesday. As demonstrated last Tuesday,

our new limited ‘Bulletin” will be the format we offer on Tuesdays. The Thursday newsletter, as  evidenced last week remains the same although there was a minor problem with some content missing from some segments of the distribution. Nevertheless, we hope you will enjoy our new Bulletin format and continue reading. We are also grateful for all of the patriots who have made contributions to the CSN. We intend to grow in 2021, and every little bit helps.

Additionally, we are asking readers to please accept responsibility as Citizen Sentinels and forward any links to articles or relevant videos to our staff, and we will consider posting them in our various editions. This is intended to be a forum and a voice for “We the People” and we believe that it is your network and thus, your newsletter or your bulletin. Send to PrincipledRepublic@gmx.com

Please also accept responsibility as Citizen Sentinels and forward the articles, the Bulletin, or the CSN Thursday newsletter to those whom you think would benefit from the information. The CSN is totally focused upon providing up to date articles and information, or thought-provoking commentaries to help citizens consider and ponder the important issues of the day.

We feature one article from our network of writers in this Bulletin format. This edition of the Citizen Voice Bulletin will feature an article from Editor Judy McLeod of the Canada Free Press, posted on Friday regarding President Trump’s victory over the second attempt at impeachment. The link to the original article is at the end. This article is loaded with content, and it gives true Christians, real conservatives, and genuine patriots a lot to ponder regarding the USA’s future.

The aggregated news features behind the links are intended to provide a broad array of points to inform readers that the MSM usually would not disseminate to the public. ‘Sins of omission’ are perpetrated upon the public just as the misinformation and disinformation as well as the suppression of relevant comment from millions of patriots. This must not stand!

Trump’s Hundreds Of Miles Away Victory Against The Democrats 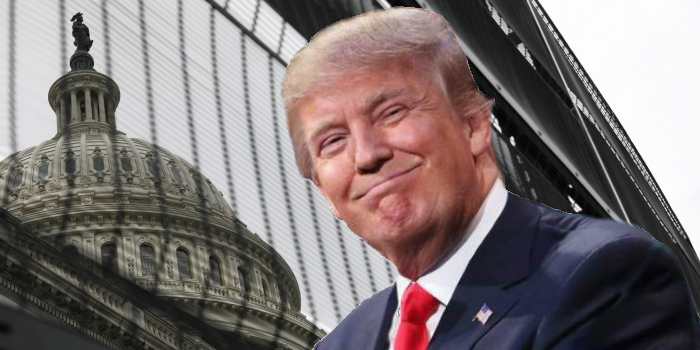 Just as cruel regimes the world over like to torture their political victims, the Democrats are trying to cram their own words down the president’s throat before letting up on their attempted criminalization of what in reality is, a vastly admired and still much beloved president.

Democrat Rep.Ted Lieu,  let a snarling cat out of the bag at yesterday’s Trump Impeachment ‘Trial’

A Hollywood movie reality taking place this week before our very eyes.

Democrat Rep.Ted Lieu, serving his 3rd term as California’s 33rd Congressional District since 2015,  let a snarling cat out of the bag at yesterday’s Trump Impeachment ‘Trial’:

“On Thursday during the impeachment trial Lieu said “the National Guard troops in full body armor still patrol outside” because President Trump hasn’t said the words “the election was not stolen.” (Gateway Pundit,  Feb. 11, 2021)

“He does not say the one sentence that will stop future political violence…. “The election was not stolen”.

This in the face of the Democrats having done NOTHING to try to stop the violence of Antifa and BLM in Democrat-controlled cities all of last summer!

This in the face of then-Senator Kamala Harris—now vice president waiting to replace ‘President’ Joe Biden—bailing some of the violence-creating anarchists out of jail!

You can hide it out in a multi-million dollar mansion within walking distance of the White House as self-appointed “Resistance” leader for four long years and get away with it.  You can pretend to be “non-partisan” in pushing a nation-wide Mail-In vote in partnership with a Hollywood celebrity (Michelle Obama and Tom Hanks) and get    away with it, you can cut off all access to an investigation into a questionable election vote count, including the Supreme Court and get away with it.

But you can’t force your words on a sworn enemy—no matter how inhumane the torture you’re willing to mete out on him.

This is what the take-no-prisoners-styled Steve Bannon had to say about Lieu’s Russia-China like diktat.

“Sir, you are a liar,” Bannon said. “If that is the truth, then you have lied about why the troops are there.”

On Thursday during the impeachment trial Lieu said “the National Guard troops in full body armor still patrol outside” because President Trump hasn’t said the words “the election was not stolen.”

“This is state power for crass political reasons to go against the Constitution of the United States,” Bannon said.

“Sir, let me make sure you understand something. Ted Lieu and Nancy Pelosi and Joe Biden and every distributor and Twitter and all of it: We will never concede,” he said. “We will never say this election was not stolen.”

“We will never ever ever ever concede. Do you understand that?” Bannon added. “And you know why? Because you stole this election and you bragged about it on the cover of TIME magazine.”

And the dark times imposed on the world by the US Congress will only get worse in the days ahead because their unrelenting, sick hatred doesn’t stop at Donald Trump, but goes on to all of those who voted to reelect him, and are ready to do so again at the very first opportunity.

Desperado Dems want some 74 million Trump voters to repeat as they do:  “I hate Donald Trump!”

But these Trump voters will continue to say what they’ve been saying since 2016: “We love Donald Trump and will NEVER stop wanting him as president.”

Some words can never be taken back—no matter how vigorously deranged and depraved Democrats might try.

(Note the original contains a video of Steve Bannon, which we link to below and is our recommended video today).

From Real America’s Voice with Steve Bannon: We will never concede!

From FOX News – Tucker: Tucker: Inside the seedy world of the ‘Lincoln Project’ – 2/12/21 https://www.youtube.com/watch?v=YpDs1NURRqA

Real Life with Jack Hibbs’ sermon – What Would Bonhoeffer Do Today? A Special Message by Eric Metaxas – 2/14/21   (begin around the 26th minute if Metaxes is who you want to hear)   https://www.youtube.com/watch?v=PEqetbBdHk8&feature=youtu.be

From Canada Free Press: President’s Day? — or To Be or NOT To Be MY President? – 2/15/21 https://canadafreepress.com/article/presidents-day-or-to-be-or-not-to-be-my-president

From Town Hall: About Those 11 Iranian Migrants Captured at Mexico-Arizona Frontier?…What Homeland Security Does – 2/16/21 https://townhall.com/columnists/toddbensman/2021/02/15/about-those-11-iranian-migrants-captured-at-mexicoarizona-frontierwhat-homeland-security-does-n2584700