The Citizen Sentinels Network’s Tuesday, “Citizen Voice Bulletin” has successfully launched and will be the format we now offer on Tuesdays. We hope you will enjoy our “Citizen Voice Bulletin” and continue reading. Also, we hope you will tune in to our “Citizen Voice” Video program that will be live-streamed through the Wisconsin Christian News network. This Friday, March 5, will be our first live program. We will begin the live stream at 12 noon PST or 3pm EST, and all the relative times “in-between.” More information on how to tune in will be provided in the Thursday edition. However, we’re giving our readers a “heads up” today, so that you can carve out the time on Friday afternoon. The CSN is co-sponsoring this weekly half-hour program with the “Light Wing Mission.” I will begin by teaching once again the “True U.S. History” and we will feature informative and ‘edgy’ interviews about the events making history today in future presentations. It will include a Q & A period as well for those more actively interested.

We are also grateful for all of the patriots who have given donations to the CSN because we intend to grow in 2021, and every little bit helps. — Keep on helping when you are moved by one of our writers – it sends a message that inspires us to keep fighting for truth.

Additionally, we thank our readers who have accepted responsibility as Citizen Sentinels who have forwarded appropriate links to articles or relevant videos to our staff, as we have put the ones considered applicable to that particular edition. The Citizen Sentinels Network will continue to be a forum and a voice for “We the People.” We believe that it is your network and thus, your newsletter, your bulletin. Send article or video links to PrincipledRepublic@gmx.com

We also thank our readers who have accepted responsibility as Citizen Sentinels to forward our network writer’s articles, the Citizen Voice Bulletin, or the CSN Thursday newsletter to anyone in this time when people need to resist the propaganda and embrace the truth and healthier and more honest viewpoints. The CSN is totally focused upon providing relevant, up-to-date articles and information, as well as thought-provoking commentaries to help citizens consider and ponder the important issues of the day. Now is a time that accurate substantial information and honest commentary, not fake news will help all citizens to become well-informed and better able to make decisions and take action upon a foundation of intelligence, not ignorance.

We feature one article from our network of writers in this Bulletin format. This edition of the Citizen Voice Bulletin will feature an article from Ray DiLorenzo, who we have featured as a guest contributor before. He takes a hard look at the cowardice of the Supreme Court if the United States, which many are not willing to address. The link to the original article is at the end.

In alignment with his perspective, in last Thursday’s edition, CSN featured a video of Justice Clarence Thomas issuing a “‘big’ warning about US elections.” He was one of the dissenting votes regarding the Supreme Court’s refusal to review the Pennsylvania case involving election fraud. We felt his statement should be a wakeup call to all Americans who love their freedom. In our Bulletin today, we feature a link to an article in WND regarding how Amazon Prime is now no longer streaming “Created Equal: Clarence Thomas in His Own Words.” Apparently, Mr. Jeff Bezos does not appreciate Justice Thomas’ words. Yet, we offer this link to the home page of this movie: https://www.justicethomasmovie.com/driving-home/

We are adding a new feature to the Bulletin, which is an “Alert” feature from our various network affiliates or our coalition partners. Today, we are featuring an important alert from MyFaithVotes.

The Video Views segment features a number of videos from CPAC, but the one we recommend is the speech from President Trump as there is a lot condensed into this single address. There are other links to speeches from CPAC, and we may not offer a link to your favorite, but stay on BitChute as you should bne able to find them. Also, as always, our other links to the aggregated news features provide a broad array of points to inform readers that the MSM usually would not disseminate to the public. Despite the ongoing ‘sins of omission’ of the MSM and misinformation and disinformation perpetrated on the public, as well as the suppression of the free exchange of relevant information, the genuine pursuit of truth and justice should not cease, will not cease.

Take up your watch! Become a Citizen Sentinel!

election in our nation’s history

Profiles In Cowardice: A Court No Longer Supreme 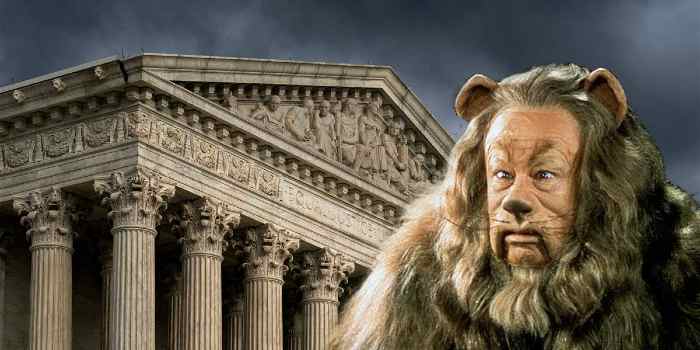 “You always know the mark of a coward. A coward hides behind freedom; a brave person stands in front of freedom and defends it for others.”— Anonymous

We have been given a clear look at some of those who took an oath to preserve and protect the Constitution of the United States and yet, when called upon, took a path to hide beneath their desks.

The Supreme Court of the United States is supposed to be above politics. They are commissioned to be the caretaker, the preserver and protector of the Constitution, everything we stand for, the last resort of those looking for justice. They are the final arbiter when deciding the limits of government power and fair treatment. And yet, what happens when Chief Justice John Roberts continually punts rather than makes the play?

Roberts: Apparently works for the deep state political machine rather than the people

When he does play, he apparently, more times than not, works for the deep state political machine rather than the people. Even George Soros, in Davos, recently commented that he can count on the chief justice. Why is that?

It was John Roberts that recently sided with Pennsylvania Democrats on important election questions. He refused to hear an appeal by Republican officials, leaving in place an extension allowing partisan civil servants to count ballots that had no post mark three days after the election. At the same time, they bypassed an entire set of election challenges.

Back in December, it has gone viral that Justice Roberts was heard screaming behind closed doors at his associates that he and the other liberal justices did not want to take the Texas election-fraud case, a case supported by more than 20 states. When Justices Thomas and Alito brought up the Gore 2000 election case, Roberts was heard saying, “I don’t give a **** about that case,” quarreling that “we didn’t have riots.”

That alone should tell you all you need to know. Our chief justice apparently has been compromised. The Chief Justice of the Supreme Court decided to not get involved in the most far-reaching set of cases of his career. He retreated from a sacred duty that will literally decide the future of America. Not only that, Justice Roberts confirmed to the country that riotous mobs do indeed rule.

Kavanaugh and Barrett are mere theoretical thinkers rather than legal doers

Does anyone remember Justice Brett Kavanaugh or Justice Amy Coney Barrett? They were confirmed and no one has heard from them since. Where have they been? They ducked out of the Pennsylvania case, a case where the state legislature was illegally bypassed in favor of political partisans making decisions concerning the counting of mail-in ballots, nullifying the wishes of the state legislature, the only state authority on such issues. Kavanaugh was silent while Barrett said she didn’t have time to review the case…a dog-ate-my-homework excuse if I ever heard one.

It turns out to many observers that Kavanaugh and Barrett are mere theoretical thinkers rather than legal doers. Perhaps they dislike criticism. Maybe they want Roberts to like them, a left over aspiration from high school. Perhaps they don’t want to mix with the common folk or get their robes dirty. Bad timing to be concerned with that. Maybe they are just cowards that would much rather enjoy the pomp than live the circumstance.

The Supreme Court decided to not get involved in the most contentious election in our nation’s history. An election that, for many Americans, and even the casual observer, was rife with fraud, cementing our country into third world status. Whatever the justices were thinking, they have abandoned tens of millions of Americans to think they have to now fend for themselves, to take it upon their own devices to preserve and protect the Constitution of the United States. We should ask for our money back.

Ray DiLorenzo is a career pilot having retired after 22 years as a contract fire pilot with the California Department of Forestry (Cal-Fire).  He is presently affiliated with Stand Up America US Foundation founded by Maj. Gen. Paul E. Vallely (Ret). 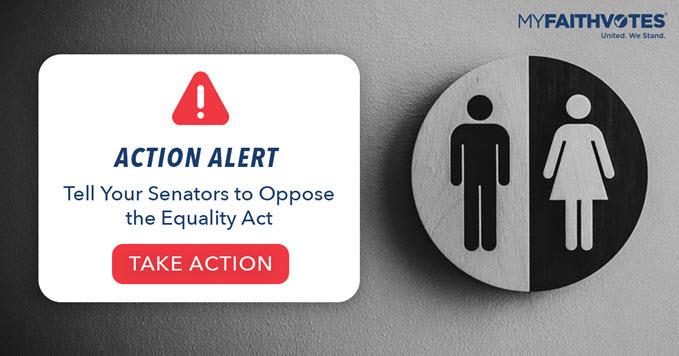 On Friday the House of Representatives passed the dangerous Equality Act (H.R.5) by a vote of 224 to 206. Every Democrat voted for the measure and three Republicans broke party lines to vote for the legislation.

The representatives that voted to pass the Equality Act either do not understand or are choosing to ignore the fundamental constitutional protections that built our nation.  Christians cannot afford to be silent on this policy. The Equality Act is disguised with positive words that will seek to destroy sex and gender as God defined (Genesis 1:26-28) and disrupt religious freedom as we know it. Go here to urge your Senators to VOTE NO on the Equality Act:    https://p2a.co/BN6BJTc

While its proponents insist that the Equality Act is about “ending discrimination,” it would in fact fundamentally alter the legal definition of sex to include sexual orientation and gender identity.