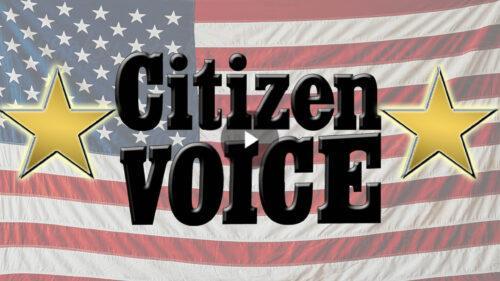 On Monday, Memorial Day, we were grateful to have Pastor Earl Wallace come back to Citizen Voice, and for helping us take a much closer look at the Biblical Basis of the Bill of Rights. We were able to discuss on a deeper level what Pastor Wallace has been teaching local law enforcement officials and regular rank and file police officers in upstate New York. Pastor Wallace also did agree to come back for another visit.

Our Memorial Day afternoon presentation was our last of our live-streamed video presentations for now. Our only allowed time slot was too limited for a significant audience to tune in and view it live. So in June, we will no longer offer the live-stream feature. Viewers can still catch the link to the recordings — all recordings are posted in several places on the internet. They will continue to be posted on the WCN-TV site:           https://wcntv.net

Our Citizen Voice interview format is intended to help viewers to connect the dots between our history and the present. We will continue to offer classes on “True U.S. history” that provides the historical foundations, but the fruit of what we are reaping as  a nation at any point were seeds planted in the soil of our past. A deeper grasp of this can give those who are linked to The Citizen Sentinels Network, intellectual ammunition to defend against Critical Race Theory and Progressive-Revisionist history currently flooding into public schools.

If you missed any of our interviews, you can catch the links to the recording. “Citizen Voice” video program recordings are posted in several places on the internet as noted.

Today’s Citizen Voice Bulletin features an article written about no “safe spaces” for the members of Congress in the wake of recent efforts to silence free speech in the halls of the U.S. Congress. The article reminded me of a time in the days before the Civil War when the slave-owning Democrats in the Deep South created a “gag order” to prevent anyone in Congress to speak about slavery. It is definitely a sign of the repetition of our history, and once again it is the “Democratic” Party objecting to speaking of a number of certain issues with which they disagree. We have come full-circle in America.

Also, if readers were able to read my article on the Tulsa Race Massacre last Thursday, my sense of what was really happening in Tulsa for the “reconciliation” over that tragedy have been confirmed. Check the Twitter video posts we feature in this edition before they take them down. (Seriously, Twitter won’t take them down – they will be used as some recruiting segments for new Brown Shirts). Please pray for citizens of Tulsa.

We also feature a second message and appeal from Pam Popper and Wellness Forum Health. It announces free workshops as well as fee workshops to help those whom are seriously interested understand things like viruses, tests, masks, and deaths in relation to COVID. Check out the educational programs they offer and the link they provide to the Make America Free Again effort.

Additionally, check out our aggregated features: there is a couple of great videos of Steve Bannon’s War Room, and we provide two (not just one) of Bill Federer’s “American Minute” programs as a way of carrying Memorial Day forward. Also, check out the mini-political war going on in Texas over voting rights in our “Around the Republic” section.

All of this is designed to wake up all of “We the People” who are not yet awakened. CSN is truly an effort of “We the People” regaining our lost sovereignty over our divided nation. Ownership does not just imply belief or faith in our cause; but, it involves substantial ownership as well, if we are to regain our lost sovereignty in America. We are extremely grateful for all of our compatriots who have given donations to the CSN.

Or, at least donate a few bucks; so we know you support our stand… https://citizensentinelsnetwork.com/donate/

“Now we find that the paper thin-skinned democrats are coming after outspoken conservative Congress members with guns blazing due to the fact that they pigeonhole liberals for massive misrepresentation of economic, scientific and historical facts.”

Congress is not a “safe space”

Capitol Hill is not a snowflake college “safe space” where members of Congress can hide from tough objections to their speech and actions that are inherently hostile to the constitutional compound republic that is the United States of America.

Unfortunately, that’s exactly what these supposed representatives of the People think. The democrat contingent and some republican members believe they have special status as overlords rather than voluntary servants, and they are acting accordingly.

The First Amendment applies to Congress as much as the rest of the populace. Members of the House or Senate are not to be forced to constrain honest speech. (“Honest” is emphasized as too many sitting members have a penchant to spout complete and utter falsehoods from the floor… they know who they are.)

In fact, members are encouraged to express the opinion of their constituents, which is what Rep. Marjorie Taylor Greene has been doing, considering she was elected to office by the highest percentage of votes individually garnered by all other current congressmen. That statistic should speak clearly and loudly to those marginal members who complain they are offended when other members call them out on their anti-American and anti-Semitic actions and invective.

On the flip side is the immediate derision directed at Greene when she made a comment how limiting freedom through the vehicle of a mask mandate used to identify non-compliant individuals (those without vaccination papers) is following a pattern of how a yellow star was mandated worn by Jews leading up to the Holocaust. The point, which as a Jew I have also made, is that publicly identifying non-compliance in any form, whether by choice (unvaccinated), birth (Jewish or Gypsy) or sexual persuasion – the last three wore stars of different colors in the Third Reich – is to instill fear of individualism to cement central control.

How far is a government willing to go to enforce its mandates? Already the TSA has stated that not wearing a mask in an airport is tantamount to smuggling a gun through checkpoints and is to be treated as a violent offense. Can the quick to condemn Greene not see how the unvaccinated are becoming pariahs that have already been physically attacked in public places for not conforming? Perhaps invoking genocide is a bridge too far, but haven’t we been experiencing a genocide by biological weapon over the last year?

That Alexandria Ocasio-Cortez, known to single out groups of Americans she identifies as “white,” “Jewish” or other religious or ethnic label, has the chutzpah to pretend that others disagree with her diatribes based on her ethnic origins is absurd. Yet she has stated as much often and commonly on social media.

(It is fascinating how individuals of European descent, like Ocasio-Cortez, have painted themselves as a different color (i.e. race) than the rest of Americans also descended from Europeans. Hispanic means Spanish descent which, by the way, is Caucasian if one must insist on dividing folks into the three artificially constructed “races.” Oh, let’s not forget that those from the Middle East, be they Persian or Arab – or contrived Palestinian as some insist – are also Caucasoid, Rashida Tlaib. A religious affiliation does not indicate a race, either. Check this link that includes information about the origin of race theory. It is preposterous but that seems to be what divisive diversity centers upon.)

Getting back to the concept of free speech, it appears that Congress has built a moat around itself to deny anyone the ability to make an opposing argument to what progressive, democrat and Marxist proponents say. The protected democrats and their liberal cohorts across the aisle are free to make all manner of vitriolic remarks regarding conservative thinkers but insist on limiting dissenting speech, generally by invoking skintone or “Trumpism,” as if either has anything to do with an intellectual dialogue… because they don’t.

Now we find that the paperthin-skinned democrats are coming after outspoken conservative Congress members with guns blazing due to the fact that they pigeonhole liberals for massive misrepresentation of economic, scientific and historical facts.

Should a single member challenge another member to a debate about their signature legislation, my goodness, now that’s considered an act of violence? Hardly. It is, however, a challenge for the proponent to defend their ideas in a public forum, which is precisely what the Congress must be – a public forum where all legislation is open to discussion and which full text of proposed bills must be released in their entirety for consideration by the People, not just a few representatives who may receive the royal nod to glimpse the contents kept under lock and key that can’t be copied, photographed or shared.

When a contingent of socialist whiners are coddled to the point that their guardians believe free interchange of ideas must be shut down by instituting a restraining order against a fellow member of Congress, then the whole of governmental efficacy is not just damaged, it’s demolished.

Free speech is a two-way street and someone who believes they can castigate others but is unwilling to suffer dissenting opinions does not belong anywhere near the halls of government. Serving at the pleasure of the People is an honor not an aristocratic right and sitting as a representative requires a duty to listen and weigh opinions with equanimity and logic. Emotional, undisciplined outbursts based on erroneous “facts” such as are regularly heard from democrats, particularly the self-ordained “Squad,” has no place on Capitol Hill.

Expect to be challenged on half-baked ideas like your Green New Deal that Joe Biden has couched in his infrastructure plan, AOC. If your ideas have such great merit, support them in a proper debate. Have the grit to withstand a few strong words. Put up or shut up. 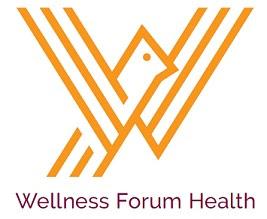 From PineTree Riots: Various Twitter posts of the Black Nationalists in Tulsa this W/E – 5/29/21

From AISA NEWS: “Finally The Truth Is Revealed” Rand Paul Lays Out The Evidence Origin Being From The Wuhan China – 5/30/21  https://www.youtube.com/watch?v=BP4Axp-OSPE

American Minute for May 30 by William J. Federer: Memorial Day began in 1868.

Memorial Day afternoon was our last of our live-streamed video presentations for now. Our only allowed time slot was too limited for a significant audience to tune in and view it live. So in June, we will no longer offer the live-stream feature. Viewers can still catch the link to the recordings — all recordings are posted in several places on the internet. They will continue to be posted on the WCN-TV site:           https://wcntv.net

and the Strike Force of Prayer site:    https://strikeforceofprayer.tv/

However, viewers would be able to see a description of each episode on our Citizen Sentinels Network site: https://citizensentinelsnetwork.com/category/citizen-voice/

If a more attractive time slot opens up for live streaming, we will notify our readers. We are grateful for our hosts at Wisconsin Christian News network and Strike Force of Prayer that allow us to project the half-hour program on their sites.

From Citizen Voice – with Dennis Jamison – Jamestown and John Smith — his interactions with the Indians and the Virginia Company in charge of the colony. – (5/24/21) https://wcntv.net/video/194/citizen-voice-with-dennis-jamison-%7C-episode-13

From The Gateway Pundit: World’s Largest Meat Supplier Pauses Processing After IT Systems Hit with Ransomware Attack – One-Fifth of US Beef Production Wiped Out – 6/1/21 https://www.thegatewaypundit.com/2021/06/worlds-largest-meat-supplier-halts-beef-production-systems-hit-ransomware-attack/

From Breitbart: Anthony Fauci and Chinese CDC Director’s Email Exchanges Exposed: ‘We Will Get Through This Together’- 6/1/21

From OANN: Major League Baseball Is Sued For Moving All-Star Game Out Of Georgia – 6/1/21

Around the Republic – What affects one, can affect all!