From the beginning of his presidency, democrats have accused Donald Trump of being a dictator. Form the beginning of the coronavirus panic, democrats have been proposing socialism to “fix” it. Showing these are truly weird times, democrats are now demanding that President Trump become a dictator and impose socialism on the U.S. to fight the coronavirus. I think their blind hatred of Trump combined with their general insanity has them so confused they don’t even know what they are raging for or against anymore.

The Senate came up with a comprise on the coronavirus relief bill last night, but there’s one sticky problem: it actually pays people more to be unemployed than if they had a job, which will be a huge incentive for people not to work. Republicans are quickly sorting that out but super-socialist Bernie Sanders is furious:

Unless Republican Senators drop their objections to the coronavirus legislation, I am prepared to put a hold on this bill until stronger conditions are imposed on the $500 billion corporate welfare fund. 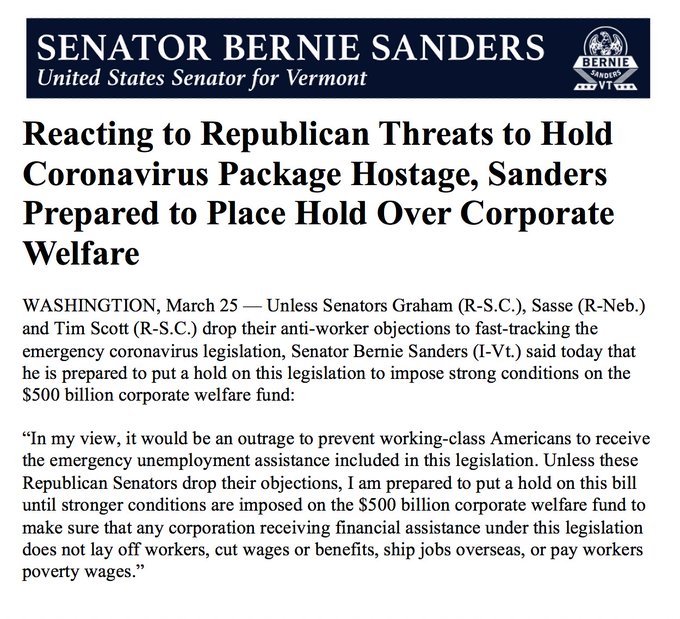 Bernie is saying either way pay people to not work or nobody gets any relief during the coronavirus crisis. In other words, it’s socialism or nothing, which is strange since those two things are the same.

Continuing the socialist charge, Senator Chris Murphy thinks we need to be more like Venezuela:

On a conference call with health care leaders this morning, organized by @amyklobuchar, sentiment was unanimous that the medical equipment supply chain needs to be nationalized immediately.

Just inexplicable Trump does not do this. The chaos of existing system is costing lives.

I wonder if Murphy can provide one example of nationalizing industry that has worked to make things cheaper and more abundant. I don’t actually wonder that because I know this has never happened. Instead of having to wait a day for ventilators, doctors would have to jerry rig ventilators out of car and vacuum parts.

Finally, NYC Bill d Blasio, himself a big commie, wants nothing short of a complete U.S. government takeover of everything:

We need @realDonaldTrump to take action and save American lives before it’s too late. 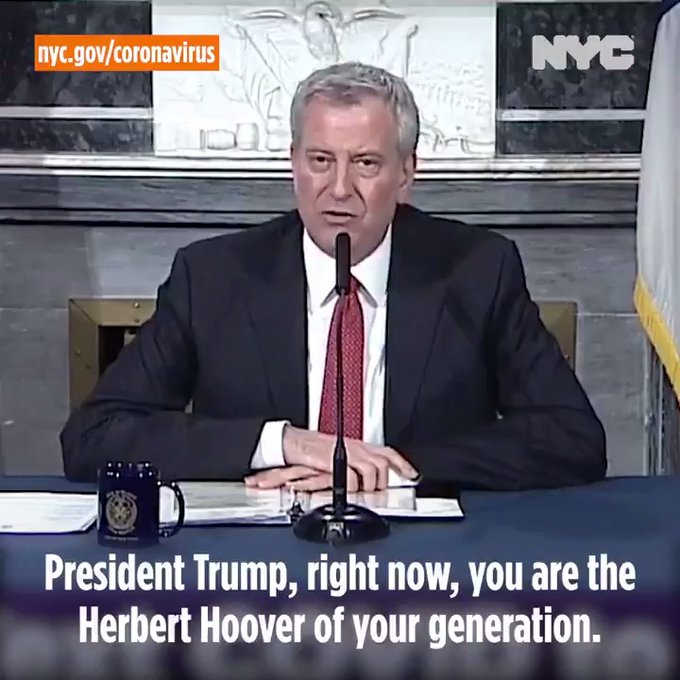 Among other things, de Blasio is demanding that Trump nationalize industry and occupy the streets of NYC with the U.S. military.

Democrats in January: “Stop being a dictator, you asshole.”

Democrats in March: “Stop being an asshole and start being a dictator!”

On top of all this garbage, democrats tried to slip their socialist Green New Deal into the coronavirus relief package and insist Medicare-for-all in the only way to stop the virus.

The only thing socialism has ever solved is prosperity and freedom, which are only problems to democrats. Speaking of which, democrats have never solved anything with or without socialism as they tend to be on the problem causing side of things.

Meanwhile, President Trump’s approval rating is the highest in his presidency and a vast majority of the country approves of the way he’s handling the coronavirus crisis. Democrats may want to rethink this socialism or nothing position come November.