President Trump ordered an airstrike that took out top Iranian General and terrorist mastermind Qassem Soleimani on Thursday, which is great news. Well it’s great news to Americans who love this country and value our security. Liberals hate this country and want to hasten its demise so their reaction to President Trump’s decisive military action was much less than enthusiastic. From Congress to Hollywood, liberals lined up to condemn Trump and kiss Iran’s ass.

In all, at least seven people were killed and at least three rockets were fired, officials told The Associated Press.

Soleimani is the military mastermind whom Secretary of State Mike Pompeo had deemed equally as dangerous as Islamic State leader Abu Bakr al-Baghdadi.

In April 2019, the State Department announced Iran was responsible for killing 608 U.S. troops during the Iraq War. Soleimani was the head of the Iranian and Iranian-backed forces carrying out those operations killing American troops. According to the State Department, 17 percent of all deaths of U.S. personnel in Iraq from 2003 to 2011 were orchestrated by Soleimani.

Soleimani was the long-running leader of the elite intelligence wing called Quds Force – which itself has been a designated terror group since 2007, and is estimated to be 20,000 strong. Considered one of the most powerful men in Iran, he routinely was referred to as its “shadow commander” or “spymaster.”

The Trump administration said that Soleimani was in Iraq trying to organize a major offensive against American troops, so this was a double-win. Except on the left where it’s another reason to bitch about a Commander-in-Chief who actually keeps this country safe:

Soleimani was responsible for unthinkable violence and world is better off without him.

But Congress didn’t authorize and American people don’t want a war with Iran.

All steps must now be taken to protect our forces against the almost inevitable escalation and increased risk. https://twitter.com/nytimes/status/1212931309955366912 …

Breaking News: The U.S. confirmed it was behind the strike that killed the powerful Iranian commander Qassim Suleimani, a major escalation in a conflict with Iran https://nyti.ms/2QFz4pN

✔@SpeakerPelosi
American leaders’ highest priority is to protect American lives and interests. But we cannot put the lives of American servicemembers, diplomats and others further at risk by engaging in provocative and disproportionate actions. https://www.speaker.gov/newsroom/1220

✔@ewarren
Soleimani was a murderer, responsible for the deaths of thousands, including hundreds of Americans. But this reckless move escalates the situation with Iran and increases the likelihood of more deaths and new Middle East conflict. Our priority must be to avoid another costly war.
11:20 PM – Jan 2, 2020

The general consensus among democrats is that Soleimani was evil but Trump shouldn’t have taken him out because he lacks the authority and now we’re all doomed. Somehow the Muslim members of Congress had a worse take:

So what if Trump wants war, knows this leads to war and needs the distraction?

Soleimani was an enemy of the United States. That’s not a question.

The question is this – as reports suggest, did America just assassinate, without any congressional authorization, the second most powerful person in Iran, knowingly setting off a potential massive regional war?

✔@RashidaTlaib
We cannot stay silent as this lawless President recklessly moves us closer to yet another unnecessary war that puts innocent lives at risk at home & across the globe. Congress alone has the authority to declare war, & we must reclaim our responsibility & say no to war with Iran.
8:51 AM – Jan 3, 2020

Ilhan Omar is going to stop Trump from protecting American and killing terrorists. Rashida Talib called taking out Soleimani a criminal act. How are these 2 terrorist sympathizers in the U.S. House of Representatives?

✔@johncusack
Trump in full fascist 101 mode-,steal and lie – untill there’s nothing left and start a war –

But Rose McGowan had by far the worst take of all:

✔@rosemcgowan
Dear #Iran, The USA has disrespected your country, your flag, your people. 52% of us humbly apologize. We want peace with your nation. We are being held hostage by a terrorist regime. We do not know how to escape. Please do not kill us. #Soleimani 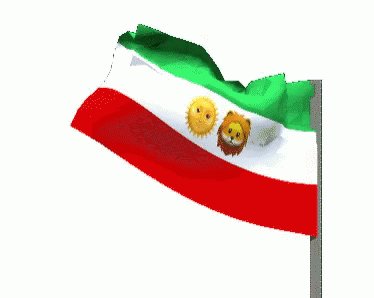 I didn’t think it was possible to commit treason with a tweet, but here it is.

It doesn’t really matter what Trump does, liberals are going to freak the hell out. If he cured cancer, they’d complain that he put thousands of doctors and researchers out of work. If he solved California’s homeless crisis, they’d scream that he displaced thousands of hardworking panhandlers. If he stopped global warming they’d call him a liar because they made it all up in the first place.