Former president Barack Obama made a career out taking credit for other’s good work and blaming his own failures on everyone else. Just because he’s been out of the White House for 3 years doesn’t mean he’s become a different person. To celebrate President’s Day, Obama sent out a tweet taking credit for the booming economy under President Trump. He wishes.

Eleven years ago today, near the bottom of the worst recession in generations, I signed the Recovery Act, paving the way for more than a decade of economic growth and the longest streak of job creation in American history. 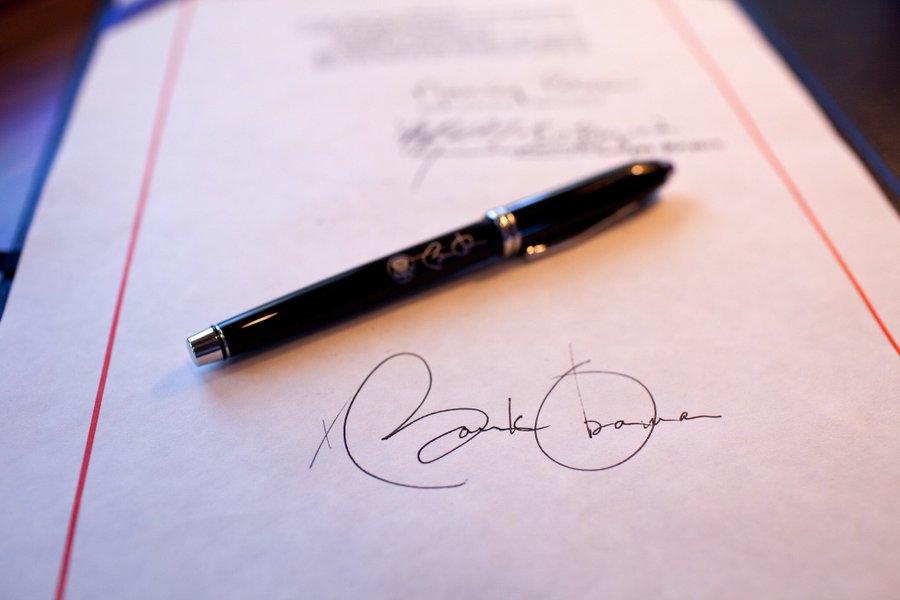 This becomes the most Obama thing ever because he’s taking credit Trump’s economy, which is an economy he said wasn’t possible. Remember when he said this in 2016 about American jobs lost overseas?

Obama had a pen and a phone to bypass the Congress in passing legislation from the Oval Office and Trump has a magic wand that brings jobs back to the U.S.

Trump’s reelection campaign national press secretary Kayleigh McEnany thought Obama’s tweets was ridiculous as everyone else and issued a statement:

“President Trump reversed every single failed Obama-era economic policy, and with it, reversed the floundering Obama/Biden economy. Obama and Biden orchestrated the worst economic recovery in modern history. By contrast, though, deregulating, lowering taxes, and supporting free-market policies, President Trump has created the hottest economy on record, with unemployment hitting generational lows and all-time lows for African Americans, Hispanics, the disabled, veterans and many other hard-working Americans,” said McEnany.

She wasn’t quite done ripping Obama a new one:

“Paychecks are growing at the fastest pace in a decade and twice as fast for low- and middle-income Americans. It’s no wonder Democrats seek to take credit for the Trump economy after eight years of betraying blue-collar workers and inflicting pain upon the middle class as Americans everywhere suffered. But the failed days of Democrat stagnation are over, and the soaring Trump economy is here to stay,” McEnany said.

Plus Trump renegotiated NAFTA as well as a trade agreement with China. Face it Obama, “you didn’t build that.”

How many years does Obama get to take credit for shit he had nothing to do with? When we eventually send a manned mission to Mars is going to say he laid the groundwork for it because he once ate a Mars Bar?

If Obama wants to take credit for Trump-related accomplishments, he could own the President’s impeachment acquittal. It was his Justice Department that spied on the Trump campaign and planted the seeds of the Russian collusion hoax. It was his deep state loyalists who concocted the Ukraine quid pro quo nonsense that House democrats impeached Trump over. If it wasn’t for Obama’s handiwork, Trump would have never been impeached and thus never found not guilty by the Senate. Obama really can take credit for this great President Trump accomplishment.

Obama’s entire legacy as president was achieved with executive orders, cutting Congress completely out of the picture. Trump came in and wiped all of that crap out in less than a year. Obama is mad at Trump because the only thing anyone will remember about the Obama presidency is that he was black.