Sanders Endorses Biden By Saying Republicans Are Not Americans

Sanders Endorses Biden By Saying Republicans Are Not Americans

A commie says what? Bernie Sanders endorsed Joe Biden, which is kind of surprising since the elderly socialist was trying to run a communist revolution and the elderly crazy guy is an establishment tool. What was not surprising is that Bernie managed to show his utter contempt for many people in the country he had hoped to represent or rule with an iron fist. According to Sanders, most Republicans aren’t even Americans. What the hell does that make him?

This reboot of Grumpy Old Men is way worse than the original: 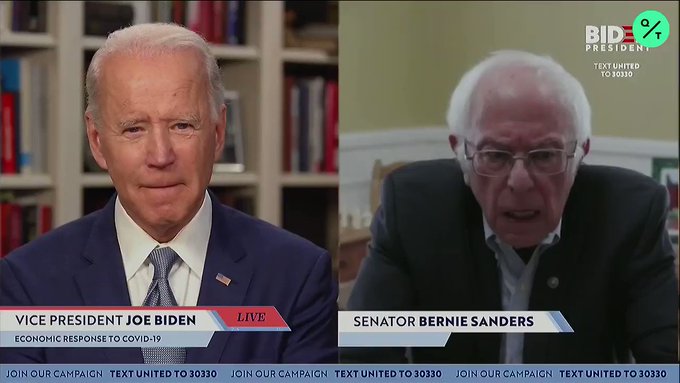 “We are in a terrible moment, an unprecedented moment and I know we share the understanding that we gotta go forward, right now and out of this in an unprecedented way to address the terrible pain that so many of our fellow Americans are feeling,” started Bernie.

He used the word “unprecedented” twice in that same sentence, which is something without precedent, but he claims to be concerned with “our fellow Americans.” The thing about that is, not everyone meets his standard for being an American.

Ok, he starts out by calling on all Americans, and then clarifies who they are. Every democrat is an American according to Bernie. Every independent makes the cut in Bernie’s book. However when he gets to Republicans, many of them are Americans, which means that he thinks many are not. What’s his estimated breakdown? 50/50? Maybe worse at 40/60?

Whatever the case, it’s very clear he does not consider all Republicans, including those who vote Republican, to be Americans. That’s rich coming from an commie America-hater like Comrade Bernie. This is a guy that gets moist panties thinking about the Soviet Union, where he honeymooned. This is a guy who has nothing but praise for the Chinese Communist Party and the brutal communist dictator Fidel Castro. This is a guy who hates capitalism and the U.S. Constitution.

What is American about Bernie Sanders? He has now run 2 unsuccessful campaigns to destroy the United States and replace it was a socialist s***hole.

It gets even more offensive because Sanders said this while endorsing Joe Biden who has, on multiple occasions, said that illegal aliens are more American than Americans.

In January, Biden said illegal aliens are, “In many cases more American than than most Americans are.”

In February he doubled or tripled down saying illegal aliens are, “In many cases more American than than most Americans are.”

With this Bernie endorsement, we now know what the many cases are. Biden must believe that illegal aliens are more American than Republicans.

Again, this is ridiculous coming from a democrat, considering how hard his party works to destroy this country. Name one thing that a democrat has ever done that was in the best interest of this country or its citizens? You can’t because it’s all about killing jobs and rewarding lazy and criminal behavior for them.

The moment Sanders said he was endorsing Biden there appeared to be some kind of event in Crazy Joe’s pants. Could have been a bowel movement or maybe an orgasm. Either way it’s symbolic that he now thinks he chances to shit on the country and f*ck us all over just got better.